Wanna blog? Start your own hockey blog with My HockeyBuzz. Register for free today!
Every Vegas Golden Knight fan's worst nightmare finally came true on Monday morning. Golden Knights General Manager George McPhee finally dealt the Restricted Free Agent's rights, as contract talks between the sides came to a screeching halt in Vegas, over a differing opinion in monetary value. In a conference call, following the trade, McPhee said "his (Gusev's) request was more than we thought was reasonable for us". 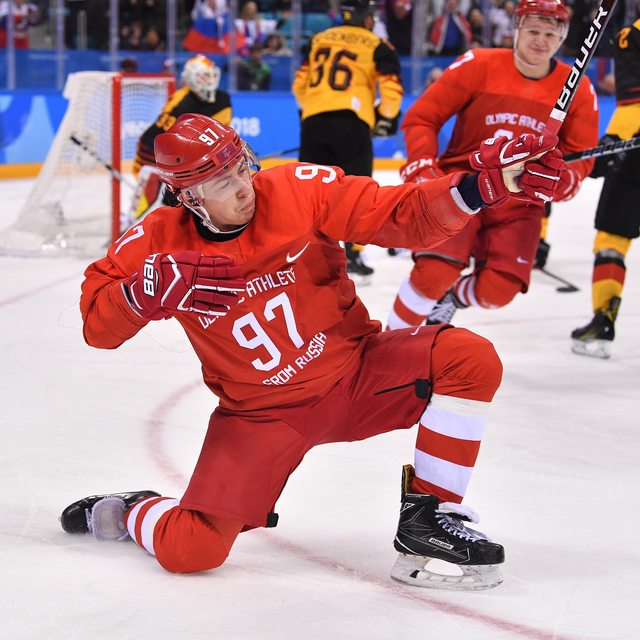 As initially reported by Dan Rice of The Hockey Writers, the Golden Knights dealt the Russian phenom to the New Jersey Devils for two draft picks. Dealing Gusev allowed McPhee to stock an already robust draft drawer with another 2020 third round pick and a 2021 second round pick.

New Jersey promptly announced the acquisition and a new deal for Gusev, making it official for the Vegas faithful.

Additionally, the club has agreed to terms with the restricted free agent to a two-year contract with an average annual value of $4,500,000.

Gusev was said to be seeking at least $4 million in average annual value, which is a number the Golden Knights simply couldn't match, short of trading off more assets. McPhee held true to his proclamation that he would, "accommodate the player whether it's here or with another club". Without naming specific teams, McPhee disclosed that he had been in trade talks for quite some time regarding Gusev.

"It was two (teams) and it has been two (teams) for a long time. We felt it was the right time to make the move."

Gusev will look familiar once he suits up for the Devils. It was announced that he will wear the number 97 on his jersey, which is red and strikes an uncanny resemblence to the Team Russia jersey he lit the IIHF World Championships up in, this past May.

It was a surprise to see the Golden Knights burn Gusev's entry-level contract at the end of last season, without him getting into a game, and now that he's traded, it's hard not to see the Gusev saga as an overall failure. Now Gusev has the chance to prove his worth on the east coast. At the end of the day, it seems McPhee was content with his guys and refused to sacrifice them for a shot at Gusev. Don't be surprised if Gusev has a solid 20 goal, 50 point campaign this season, which would be well worth New Jersey's investment.