Wanna blog? Start your own hockey blog with My HockeyBuzz. Register for free today!
Follow @VGK_Buzz
What we are now eduring, is the stretch of the NHL’s calendar year that you can safely call the “Dead Zone”. Although multiple high-profile Restricted Free Agents remain unsigned around the league, not much happens during the month of August, especially early August.

"Down Goes Brown" published an article on The Athletic presenting a "$200 challenge" which could be a fun exercise for all of us, suffering in the “Dead Zone”. In the “$200 challenge” you must build a starting lineup of (6) players who have played on an NHL team of your choice, at some point in the players' careers.

Not so fast! There are some rules, that won’t allow you to simply form a VGK Monstars squad of Mark Stone-William Karlsson-Jonathan Marchessault, with Nate Schmidt and Shea Theodore on defense, and Marc-Andre Fleury in net.

The Rules:
- You have a maximum allowance of $200 to build your entire starting lineup.
- Each player costs $1 of salary per regular-season game played for the Golden Knights.

- You must pick three forwards, two defenseman, and one goalie. Any three forward positions, but kudos for sticking to an actual line format (LW-C-RW)
- Player selection takes career-long performance into account, not just their success or failures with the Golden Knights. 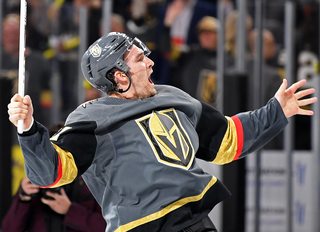 What a bargain, at just 18 bucks! (USA Today Sports)

Think you can do better than me? Let’s see your lineups in the comments!

- The team's annual road trip is making its last stop tomorrow in St. George, Utah. Jonathan Marchessault is the new featured player, on the last leg of the summer trip. They will be holding a Street Hockey Clinic at J.C Snow Park from 10-11:30am. 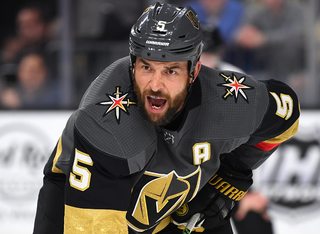 - Jimmy Schuldt remains the only unsigned Restricted Free Agent for the club. No word on contract talks with the former NCAA Hobey Baker finalist.

- Vegas will be featured in six nationally televised games during the 2019-20 season, including the opener on October 2nd, against the Pacific Division rival San Jose Sharks.

- A renewal of their affiliation with the Fort Wayne Comets (ECHL) was made official by George McPhee on August 7th.

- AT&T Sportsnet is ramping up the VGK coverage to get ready for the season!


ATTSN is reshowing VGKs "Games of the Year" over the next 6 weeks.


Be sure to follow me over on the Twitter, if you don't already,
to stay up-to-date with Golden Knights news and updates.