Wanna blog? Start your own hockey blog with My HockeyBuzz. Register for free today!
Forty six years ago today -- May 19, 1974 -- was a hot and muggy Sunday spring afternoon in Philadelphia. I was 28 years old at the time and working full time as an administrator (Conference Director) at Haverford College. Five years earlier while I was an English teacher at my alma mater, the William Penn Charter School, I had become a big fan of the then still very new Philadelphia Flyers when the nascent team's then co-owner, Joe Scott, a 1925 graduate of Penn Charter, gave some tickets to the school to pass out to students and teachers to help promote the club. Another teacher and I took advantage of Joe's largesse and so enjoyed what we saw so that we bought season tickets together. Each seat cost us $95 for the entire 38-game home slate or just $2.50 a game!!

Through a stroke of serendipity, I soon also get a side gig as a stringer for the Richmond (VA) News-Leader where the Flyers then had their AHL farm team, the Richmond Robins, to cover the parent club for the paper. And that is how I managed to end up in the Flyers' locker room in the now long gone but then still relatively new Spectrum late that muggy May afternoon after witnessing the then just seven year old club become the first "expansion" NHL team to win the Stanley Cup by defeating the powerhouse Boston Bruins, 1-0, in the sixth game of the Finals behind the shut out goaltending of former Bruin Bernie Parent.

The late Rick MacLeish scored the only goal of the afternoon in the game in which no less than seven persons listed in the program’s lineup page have gone on to be enshrined in the Hockey Hall of Fame: Flyers GM Keith Allen and coach Fred Shero as builders, goalie Bernie Parent, center Bob Clarke and LW Bill Barber, and for the Bruins defenseman Bobby Orr and center Phil Esposito.

While I passed on attending the massive parade through the city two days later, as I had gotten to drink from the Cup in the Flyers lockerrom after the game and even managed to "photobomb" the cover of the June, 1974 HOCKEY NEWS so I thought that was probably good enough.

I have seen the Stanley Cup being awarded in person a number of other times since then including twice more in Philadelphia (to Montreal in 1976 and Chicago in 2010), but nothing will ever match for me that muggy May afternoon at the Spectrum 46 years ago today.

At 74 now, I am hoping to see that happen again at least once more before I am gone.

Here are five very special images representing the events of that day for me. 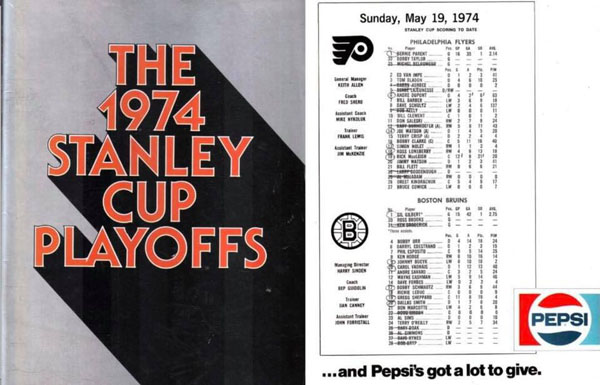 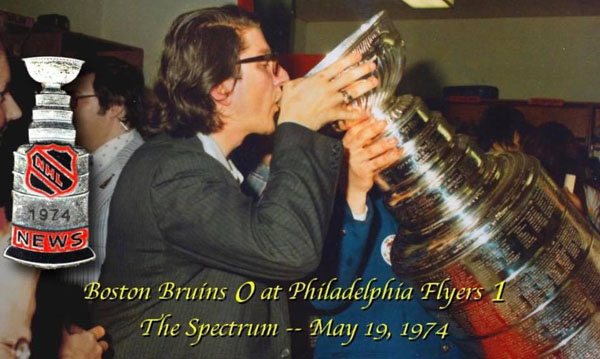 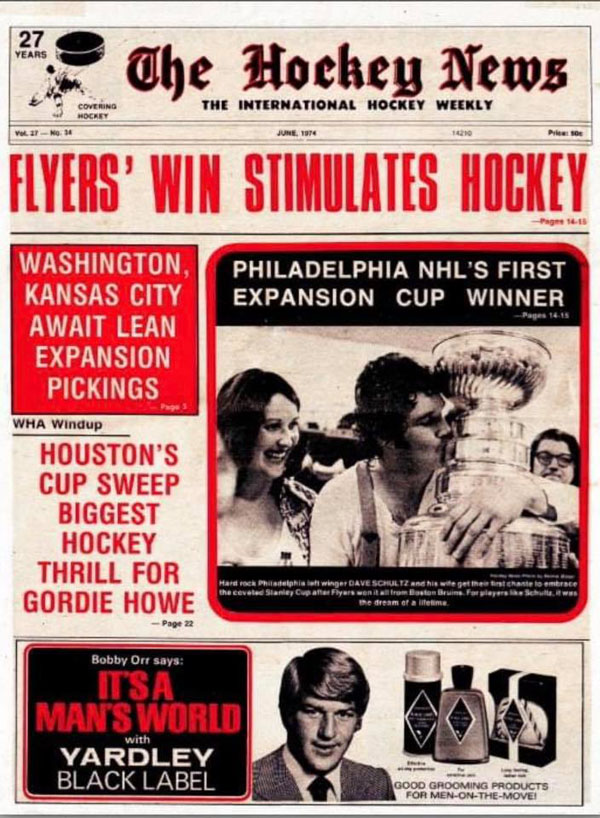 The cover of the June, 1974 The Hockey News (I am looking over Dave Schultz's shoulder) 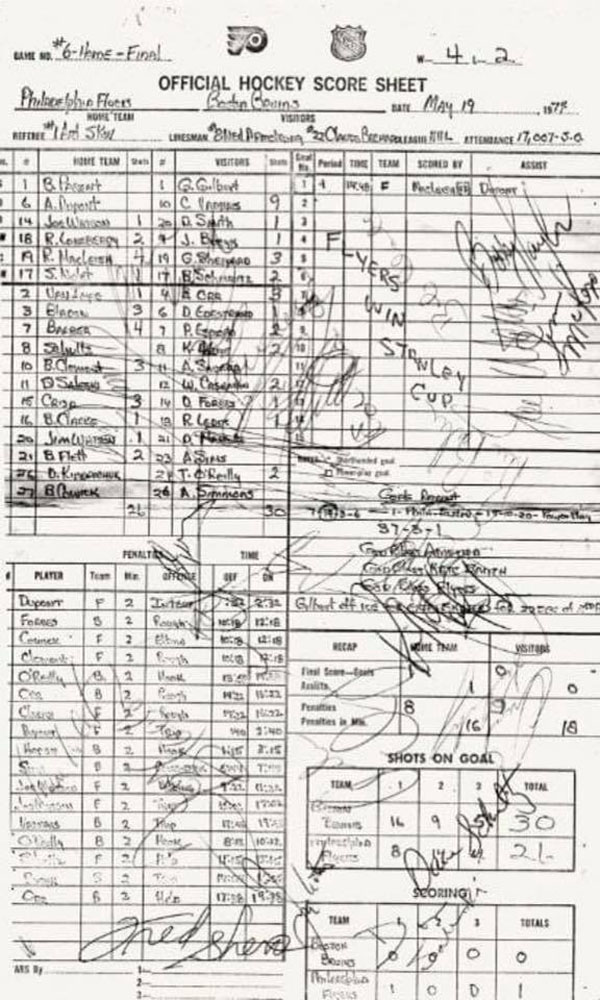 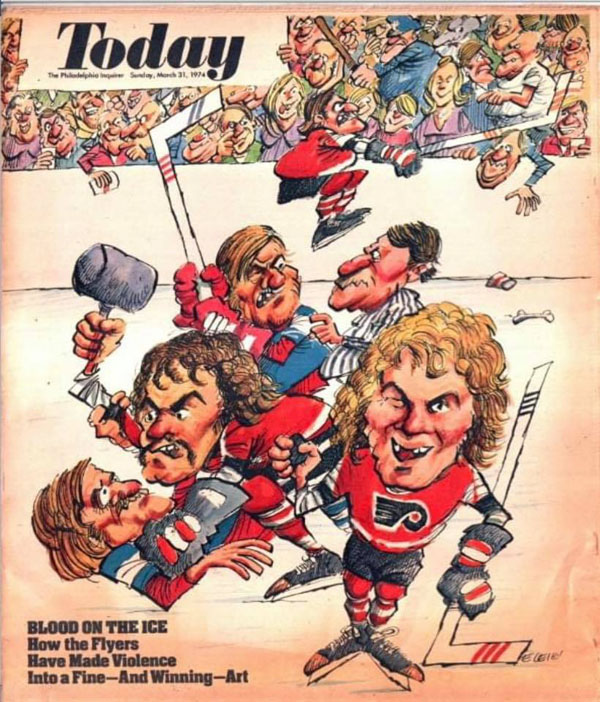