Wanna blog? Start your own hockey blog with My HockeyBuzz. Register for free today!
Yesterday, a new Penguins jersey leaked to the public. I was unaware of the NHL going with a “fourth jersey” for each team, but it appears they are. This is allegedly the new fourth jersey for both Pittsburgh and Philadelphia

BREAKING: The @Penguins and @NHLFlyers upcoming Reverse Retro jerseys have been leaked by an eBay seller. Lots of photos and details on the blog right now! #Pens #Flyers

Seen in the photos are Fanatics-branded Breakaway jerseys. They are the lower-priced replicas, but the designs are accurate to the Adizero game sweaters made by Adidas. To my eye, these are legitimate NHL-licensed products. There are no obvious signs of being counterfeit. Plus, Fanatics jerseys are manufactured in Indonesia, which is the listed location for the ebay seller.

This “fourth jersey” program has been described to Icethetics as “throwbacks with a twist”—as Icethetics reported in JerseyWatch 2020. I’ve been told they will be part of a line called the Reverse Retro series. And these new designs fit that bill.

My interpretation is they are taking a retro jersey and reversing the color. Here is the jersey side by side with the original black Pittsburgh jersey from 1993. 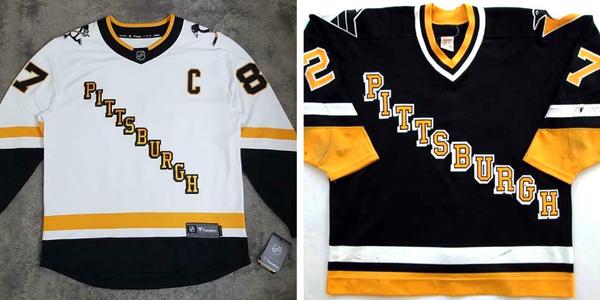 So they’ve done just that. I don’t think it looks as sharp. I know they are reversing the color, but I don’t like the overwhelming black on the sleeves. I think more yellow and less black would sharpen things up. Being minimalist with the black would make it pop more.

I also think they should have used the “pigeon” shoulder patches and not the current logo.

I don’t think they had a lot of options for this reverse retro style jersey. I don't think you can pull off doing the robo-Penguin used in the late 90’s early 2000’s and the team's late eighties/early 90’s jerseys are basically what they are wearing right now. The only other option would have been something like this

I think using the white ‘Pittsburgh’ was an OK choice. I think it would look nicer with the suggestions above. It remains to be seen if this jersey gets the credibility bump the old one did. 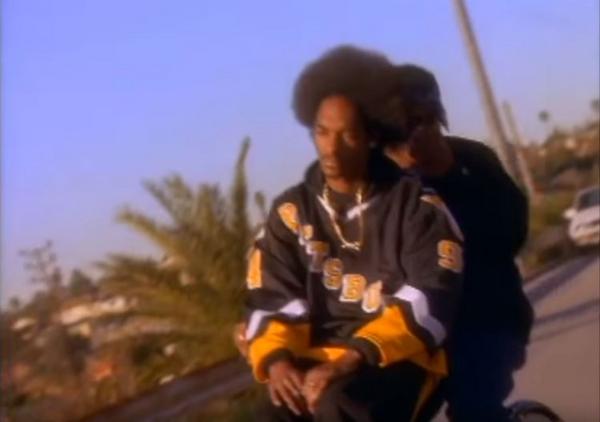 Join the Discussion: » 292 Comments » Post New Comment
More from Ryan Wilson
» Penguins looking at a lot of new faces in their proposed division
» Penguins defensive performance was a tale of two halves last year
» Put some respect on Kris Letang's name
» Thoughts on Penguins and other teams' reverse retro jerseys
» Kasperi Kapanen will be playing with...