The Battle of Florida kicks off tomorrow and the anticipation for fans (both in and outside of Florida) is through the roof!

It’s the first time since the two teams inceptions that there will be an all-Florida playoff series. I wonder how many people back in 1992 and ‘93 - when these two non-traditional market franchises entered the league - thought that they would do battle in the post-season.

Both organ-I-zations have had their fair share of successes, failures and dark days, but with two cups to their name, the scales have been tipped in Tampa’s favor for the larger percentage of their histories.

But the Panthers started to switch gears a few years ago when the front office made a commitment to winning (and actually stuck to it) - going as far as overhauling the overall look of the Cats in an “out with the old, in with the new” attempt to move on from years of unsuccessful purgatory.

While losing the leaping cat still stings, and there’s been plenty of growing pains since the 2016 change of direction, it’s hard to argue when seeing the results and where the Cats are at right now.

What really turned the tide was the hiring of Bill Zito as Florida’s GM. I believe this is what breathed life into the Panthers new plans - which were just a husk up until Zito’s hiring.

I give credit to Vincent Viola for not only brining Zito in, but seemingly getting out of the way and letting him mold this team to what it needed to be, and ultimately where it is at this very moment.

Admittedly, I had some doubts at the talk of making the Panthers a “tougher team to play against” because that sentence has never really lined up with Florida Panthers hockey. But that’s what these guys have been all year.

Yes...after countless years of meandering, it seems as though the Panthers have finally found their identity and are piecing together/drawing from their newfound DNA, whose double helix is one part skill and the other part grit and determination - both of which will be on display (and needed) when they clash with Tampa tomorrow night.

Looking at the numbers from Natural Stat Trick , via Sportsnet , and we see a pretty tight comparison.

The reality is that both these teams are not the same as they were last year. The defending champs, Tampa, have dealt with injuries to key players and are a little less dominant than they were. But they’re still nasty and it doesn’t make them less capable of turning it on and torching their opponent. Heck, with big guns coming back for the playoffs (Kucherov and Stamkos at least), they will be looking to inflict some damage.

On the opposite side of the state, you have the Cats, a team that has made big strides in terms of taking the next step and - dare I say it - becoming the team many people thought they were going to become years ago.

It just took a while for it happen.

Comparing this team to the one that pitifully exited last year’s first round is like night and day (at least to me). The standings show it, but the cast of characters tells the real story. Aside from the regulars like Barky and Huby having tremendous seasons, we see Weegar continue to take the next step and developing into an elite defenseman.

Flanking these staple players are a number of guys on “prove it” deals that not only compliment the top talent, they’re also contributing and getting it done each night. Add to that a vastly more diversified roster of specified skill sets and leadership (Hornqvist, Gudas, etc.), with eager young guns in the mix and it’s easy to see this is a well-balanced, focused team.

This has all contributed to the “never die easy” winning mentality this group has. Just look at their response to the injuries they’ve sustained these past couple months - especially when Ekblad went down. They could have folded, but they stepped up and plugged the gaps. Are they better without a guy like Ekblad? Of course not, but they have found a way to win without him and others in the lineup, and I think that speaks volumes to this team compared to years past.

How Does It All Shake Out?

The Panthers finished fourth overall in the league. An outstanding feat for this club and one that gives me the confidence that they can truly hang with anyone at this point - as long as it’s not Carolina...haha, just joking.

Based on the last two games of the regular season against the Lightning, I’m expecting nothing short of a hard-fought series that’s high octane, super physical, old school hockey with guys looking like John Madden when it’s all said and done.

Oh, and Panthers taking it in six.

#FlaPanthers will lay it all out there starting Sunday...
like John Madden did in 2012 playoff series vs NJ. Warrior pic.twitter.com/OqMKxuJCHx

Or what if Florida pulls a Columbus from a couple years back and sweeps the Lightning? As sweet (and incredible) as that would be, I don’t see it happening. Tampa getting Stamer and Kucherov back, plus whoever else is healed/rested enough for action, is going to make a big difference.

These guys are the defending champs and you have to respect that and their talent. I don’t think will go quietly into the night.

Puck drop is a little over 24-hours away. Forget the stats and the analytics. Forget the regular season records and individual accomplishments. The Cats are in the post-season for a good reason. This is a serious Florida team that can hang with anyone...

Time to leave it all on the ice, boys! 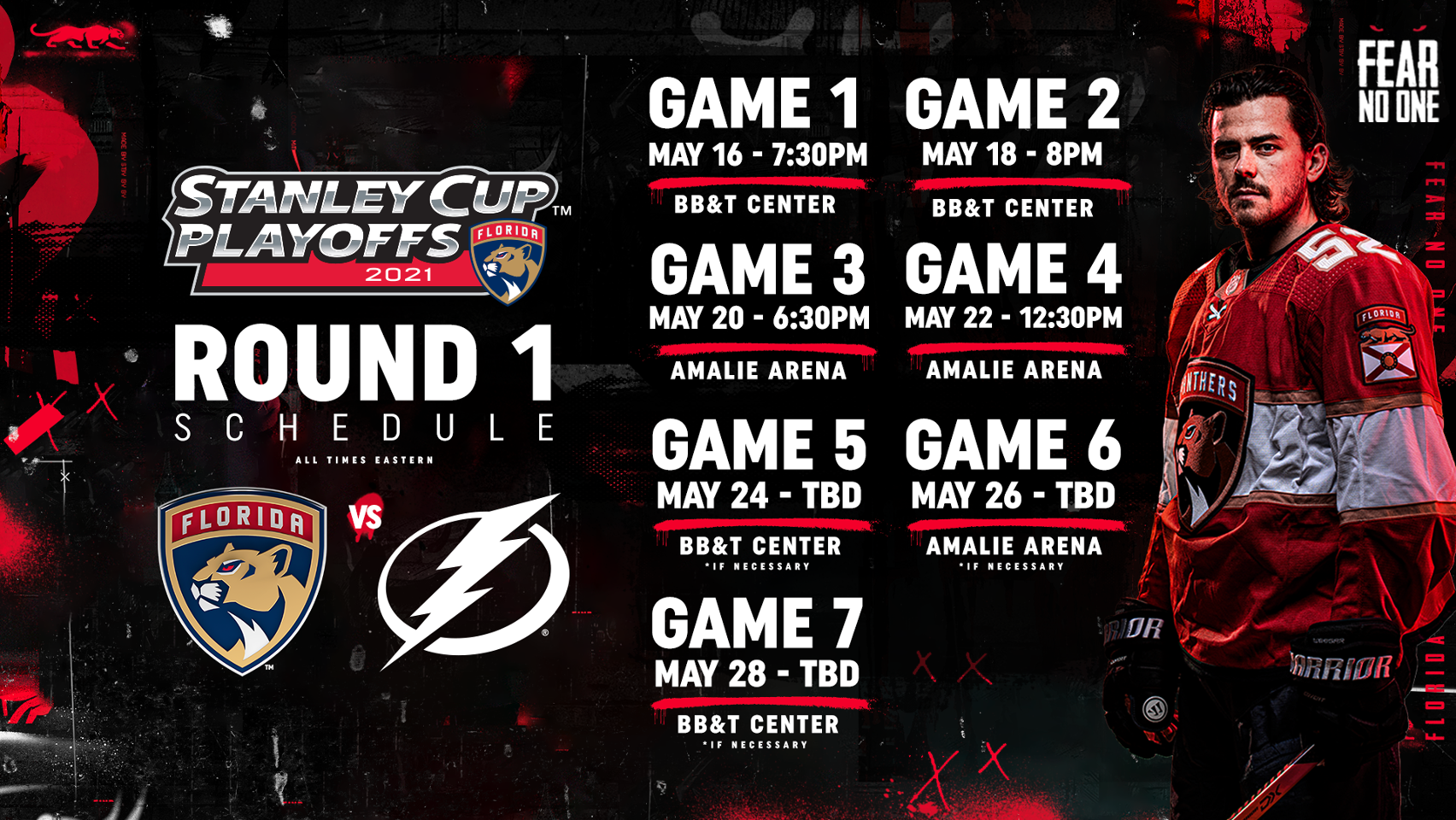 Grabbing the cold ones today:

So we’re ready for this tomorrow:

The Panthers and Lightning have a few more words before the 2nd intermission.#TBLvsFLA #FlaPanthers #OneTerritory #NHL pic.twitter.com/pKssjB2X7w

Join the Discussion: » 15 Comments » Post New Comment
More from Matt Ross
» On This Date…
» And The Award Goes To…
» The Off-Season
» Quick One
» Battle of Florida: Game 6