Wanna blog? Start your own hockey blog with My HockeyBuzz. Register for free today!
Winless in Pentincton
3-0, 4-1, 5-3

Not great results at the Pentincton 2022 Young Stars Classic for the Flames prospects. Here are a few observations.

Adam Klapka looks like a real find. The 22 year old throws his 6’8” 235lb body around frequently. He won a fight against an Oilers prospect and almost fought today against Jets tryout Wyatt Wilson. The linesman stepped in and stopped the fight before it began. The two players seemed disappointed by her decision.

The hulking winger has great hands, very solid skating for his size and showed on a Matias Emilio Pettersen goal today that he puts up an excellent screen in front of the net.

Connor Zary looked like the most polished of the group. His sharp passes were standing out amongst a group struggling to find space in the offensive zone. He brought a physical presence on the forecheck and his skating was above average. He simply looks like he needs a more talented line to work with.

Jakob Pelletier was a close second, but played a much different game. His skating drive opponents nuts. As did his net front antics. He made some sublime backhand passes at full speed. The two first round draft selections certainly put on display why they were drafted in that round.

Jeremie Poirier showed off his skating and confidence with the puck, but needs to hit another gear against more developed skaters. He got caught making some bad decisions simply due to his love for handling the puck. Nothing wrong with that, but he needs a year or two.

Cole Schwindt looked very solid. Good on faceoffs and good coverage of the middle of the ice. It looks like he’ll play at the NHL level at some point, but, like any prospect, he needs to get faster and stronger.


Brett Ritchie
Eric Francis is currently reporting that the Flames and Brett Ritchie are closing in on a contract. The bruising 6’4” 220lb winger had signed a PTO with the Oilers last week causing a bit of concern. Here’s why:

The offseason, the Oilers traded away Zach Kassian and let Josh Archibald walk to unrestricted free agency. While only bottom six wingers, the two did some serious heavy lifting in the playoffs. 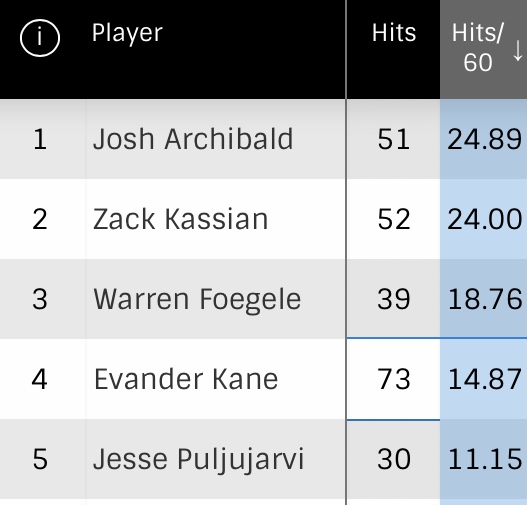 In fact, it was the 5’10” 176lb Josh Archibald that injured Milan Lucic early in the second round last season. Josh is tough as they come.

Now the Oilers lose both of those guys. Well, Brett Ritchie had a similar playoff impact. 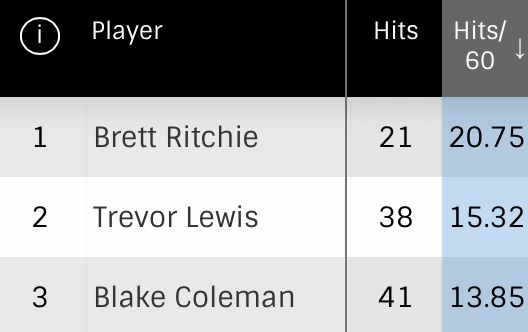 By adding Brett Ritchie’s impact to the Flames and subtracting his potential impact on a divisional rival; Brad Treliving did well. The Oilers will be much less miserable to play next postseason.


Sonny Milano
The Flames signed 26 year old dynamic winger Sonny Milano to a PTO this morning. He’ll join his polar opposite Cody Eakin as the two veteran tryouts this preseason.

If you’re interested in an analysis on Sonny Milano, you’ll find my write-up from the offseason in the comments. Very much a one-way player, perhaps Darryl Sutter can press the right buttons this preseason.

His 34 points last season are considered a breakout season, but his deployment told another story. Check out the piece on Milano if you haven’t already.


Adam Ruzicka
Amongst all of these contracts going out, 22 year old Adam Ruzicka is still waiting on a contract with the Flames. The Slovakian and his agent, Craig Oster, have to be feeling the Heat. Adam can’t afford to miss training camp with this much competition present.

His 5v5 points per 60 last season imply that he is ready for a greater offensive role.

Perhaps the Flames just want to meet an NHL veteran quota during the preseason, but there is no reason they should be giving opportunity to Sonny Milano, Brett Ritchie or Cody Eakin over Adam Ruzicka. The organization needs to do right by their asset. Ruzicka is eligible for waivers this season.


Tanev Ready
Chris Tanev was seen practicing at full tempo with the Flames today. Great news. Conversationally, Milan Lucic didn’t seem to give an enthusiastic “yes” when asked if his shoulder was back to 100% during an interview with Eric Francis last week.

The preseason gets going for the Flames against the Canucks on Sunday. Much to talk about before then, so stay tuned.


Stats via naturalstattrick.com and nhl.com. Graphics via nhl.com.