Wanna blog? Start your own hockey blog with My HockeyBuzz. Register for free today! 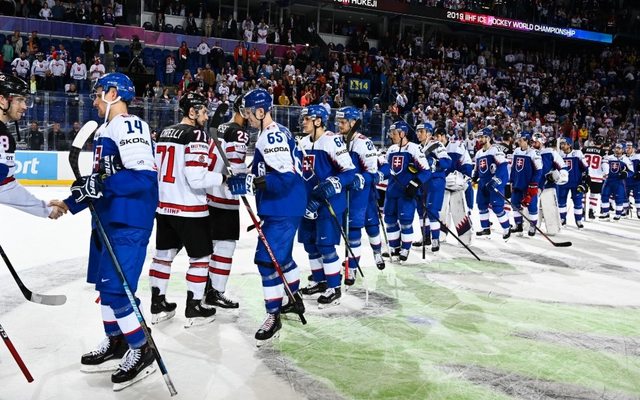 This past week, the IIHF World Championships begun and there are four players representing the Golden Knights in Slovakia. One of those players has yet to suit up for the Golden Knights and is up for a new contract. That man is Team Russia’s Nikita Gusev. Gusev is one of the most intriguing players in the Golden Knights’ system and many fans are finally getting a chance to see what he can do. Gusev has plenty of international tournament experience and will feel right at home in the 2019 IIHF Worlds.

Playing on Team Canada is a trio of superstars from Vegas, one blueliner and two prolific forwards. Shea Theodore is one of the most exciting players on the Canadian blue line which comes as no surprise to the Vegas faithful. This tournament is Theodore’s first IIHF Worlds appearance. Bolstering Canada’s offensive attack are Jonathan Marchessault and Mark Stone. Stone came to Vegas at the trade deadline and Marchessault was one of the best players drafted in the 2017 Expansion Draft.

All four players bring exciting skillsets to the table for both their countries and the Golden Knights. All four, including Theodore, have unique noses for offense. Theodore is a presence at five-on-five play and especially on the power play. His plus-shot and his footwork at the blue line make Theodore a truly special player. Gusev and Stone are accustomed to hovering around their league lead in points, Stone in the NHL and Gusev overseas in the Kontinental Hockey League (KHL). Last, but not least, Marchessault mixes high-level scoring ability with a feisty mean streak, all packed into his massive 5’8 165 lb frame.

With three games in the books, it is the perfect time to check in on the VGK boys and their work in Slovakia. 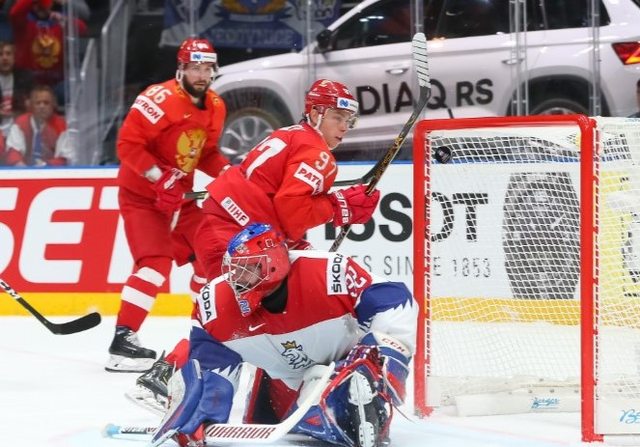 In their first three games, Team Russia is undefeated. Their road has been fairly easy thus far, with their first two games coming against Norway and Austria. Russia jumped on Norway and got out to a 5-0 lead, before Norway added two meaningless goals in the last four minutes of the game. Gusev came away with a goal and an assist on two shots in game one, playing alongside Nikita Kucherov and Evgeny Malkin. In their second game, Russia shut out Austria by a score of 5-0. Gusev recorded two assists on goals by Yevgeni Dadonov and Kucherov, in 15:37 of ice time.

Game three brought a stiffer challenge, a matchup with the Czech club. There are a handful of NHL stars on the Czech team including Jakub Voracek (PHL), Jakub Vrana (WSH), and Michael Frolik (CAL). Russia was able to win by a score of 3-0, their second straight shutout. Gusev extended his scoring streak to three games, connecting on Russia’s second goal of the game. He and Kucherov have been a force thus far for Team Russia, one of the favorites in the tournament. Gusev’s five points have him tied for eighth overall in the tournament.

Russia’s next game comes against Italy on Wednesday. Their final three games of pool play come against Latvia, Switzerland, and closing with their toughest opponent, Team Sweden on March 21. 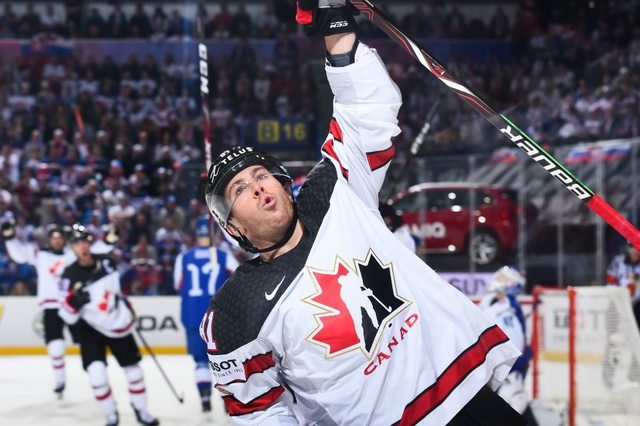 Canada has had a tougher start to the tournament than Gusev and Team Russia. Canada dropped their first game against a perennial powerhouse in Team Finland. They lost their opening game 3-1, with their sole goal coming from Marchessault. Making the goal even more enjoyable, his two Golden Knights teammates assisted on his power play marker. Canada stormed back with two straight wins, an 8-0 rout against Great Britain and a 6-5 thriller over the hosting Slovakia team.

Marchessault has an active three-game point streak after picking up an assist on Dylan Strome’s goal against Great Britain and Canada’s third goal against Slovakia while down 4-2. His goal sparked their comeback in the Slovakia game, right when it seemed to be slipping away from them. His goal came just 1:52 after the opposition potted two goals of their own, 3:20 apart. If his wrist shot between a defenseman’s legs didn’t find the net, Canada may have been sitting at a disappointing 1-2-0 record. 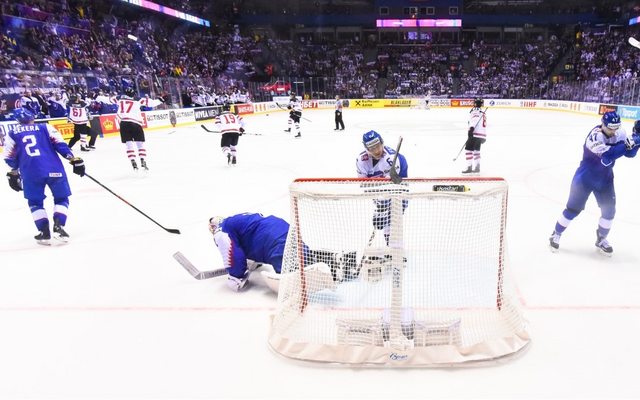 Stone has spent time on the power play for Team Canada, alongside his Golden Knight teammates Marchessault and Theodore. The Vegas trio has helped Canada rack up an ungodly 85.71% (6-for-7) success rate on the man advantage. Stone’s goal could not have been bigger, as he scored the game-wining goal in the Slovakia game, with just 3.3 seconds left on the clock. Official time of the goal has been recorded at 19:59, an increase to the dramatics that the goal simply does not need. Turns out March 13 was not simply a day where Stone scored a buzzer-beating, game-winning goal, but it was also his 27th birthday. He could not have drawn it up any better if he tried.

This tournament is proving something very important for Theodore; he is not simply an offensive-defenseman. Simply put, the man can play in his own end. He has looked very good on the Canadian blue line, spending time with Thomas Chabot of the Ottawa Senators. Theodore has been in and around the action for Team Canada, playing a big part in their success. He is currently tied for 17th place in the tournament in scoring, displaying his competency on both ends of the ice. He even picked up the “Best Player Award” for Canada, in the Slovakia game. 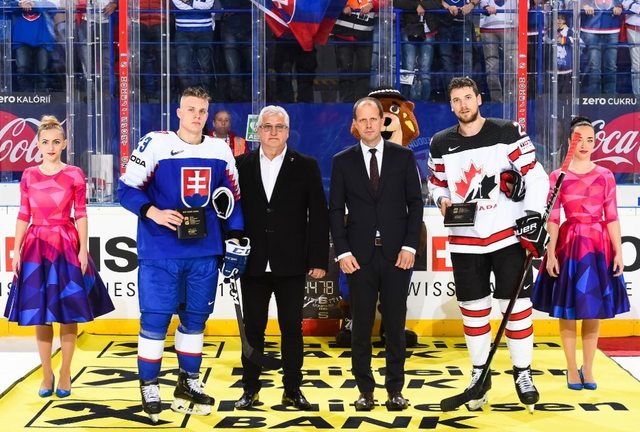 Canada’s next game will be on March 16, against France. Their final three games of pool play bring matchups against Germany, Denmark, and culminate with a premier contest against Team USA. All three Golden Knights players will continue to play pivotal roles for Team Canada and could potentially be the reason for Canada’s potential success.

Quarterfinal games for the tournament are slated for May 23 with the medal games coming on May 26. All games are broadcast on the NHL Network and recaps with video highlights are available on www.iihf.com. We will be checking in with another update following the May 19/20 games, heading into each team’s final game of pool play.