Wanna blog? Start your own hockey blog with My HockeyBuzz. Register for free today!
The Kings are in Vegas on a quick turnaround after losing to the Stars at home last night.

Overall I thought the Kings played well against Dallas - a top team in the Central Division (2nd to be exact). After scoring about two minutes into the game, LA just couldn’t seem to sneak anymore past Khodobin.

It was the second period that saw the Stars takeover. They peppered Quick with 19 shots to LA’s nine - managing to get two in. Credit to JQ for holding strong not only in this period, but the game as a whole. It looked like some vintage Johnny Q last night and it was awesome. He certainly earned 2nd Star honors for his effort because that score could have been wildly lopsided.

Not much you can do against a shot like this from Blake Comeau. An absolute rocket for some legit bar-down action. Funny how everything kind of worked out to make that play even possible. Great pass, a little bit of a misplay by Walker, combined with some puck luck and everything opened up for Comeau. What can you do?

Holy buckets. Sound on for this blast by Blake Comeau.#DALvsLAK | #GoStars pic.twitter.com/X2UR05pBKJ

The Kings were great at the dot winning 56.4% of the faceoffs, but special teams stumbled going 0/2 on the PP and surrendering a goal when Dallas was on the man advantage.

I thought the Stars strategy of gumming up the neutral zone gave them a major advantage in this game. LA really struggled coming through that zone with the puck and were often forced to dump it off.

In the end, the Kings weirdly hung with a good team, but failed to put together a complete effort (were seeing that a lot this year) and find that next gear.

Toffoli put it best:“We’re playing really good teams and we have to find ways to get that next goal or be able to hold teams off. It’s frustrating but we just have to grow as a team here and find a way to win these games.”

Whichever Way You Look at It

We’re at a funny time in Kings hockey where fans are split...

I personally still like to see W’s and competitive play. To be fair, they’re playing much better than I thought they would. Sure, they’re 28th in the league but there’s an energy there that didn’t exist last year - that’s for sure. I think that’s due in large part to McLellan.

I get the argument for losing to better your lottery chances, but after last year’s draft and seeing teams jump up that you thought wouldn’t (CHI), does that still matter? It’s a genuine question because I don’t really understand the inner workings of the lottery and odds, etc. So if anyone can break that down, that would be awesome! 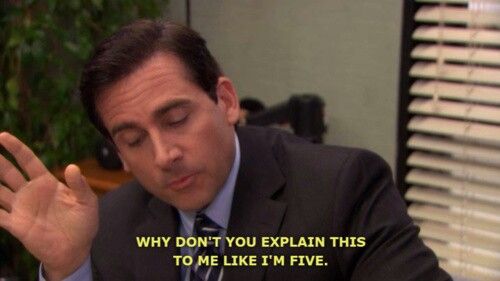 Blake Lizzotte exited last nights game with an injury of the ole “lower-body” kind. He was to be re-evaluated today.

McLellan in classic hockey coach form on the situation:

”He obviously didn’t finish the game. One shift. It’s a lower-body injury. He’ll stay back from the Vegas portion of this trip just to get evaluated tomorrow. We’ll know more then.”

Tough break for prospect Rasmus Kupari, whose season will end with surgery after the ACL injury suffered in the WJC.

Blake on the injury:

“Rasmus will undergo surgery later this month to repair a torn ACL in his left knee and will be sidelined for the remainder of the season.”

Rasmus Kupari with what looks like a bad knee injury. Needed help off the ice pic.twitter.com/kr1wIA4PCW

Here’s to a speedy recovery!

Puck drop in a few hours against the rival Knights who are currently sitting second in the Pacific Division at 24-16-6.

LA has lost six of their last eight games and Vegas was on a four-game streak until the Penguins interrupted that last night. They’ve played twice so far this season and have split those contests.

VGK have some talented cats on their squad, but also some injuries with key guys like Glass and Marchessault out.

I’m assuming Campbell gets the start tonight? Unless McLellan is feeling wild and gives JQ the nod after a stellar performance last night.

The Kings have one advantage on their side...since they got into town late last night, they shouldn’t have been at risk for the Vegas flu.