Wanna blog? Start your own hockey blog with My HockeyBuzz. Register for free today!
It’s a Hockey Night in… Philadelphia!

The NHL regular season returns and the Penguins and Flyers will be the two teams kicking things off. It makes sense. In a season where division rivalries will rule the day you might as well start the season with one of the most famous ones.

The Penguins and Flyers should be evenly matched throughout the year. Many projections have them close in the standings. 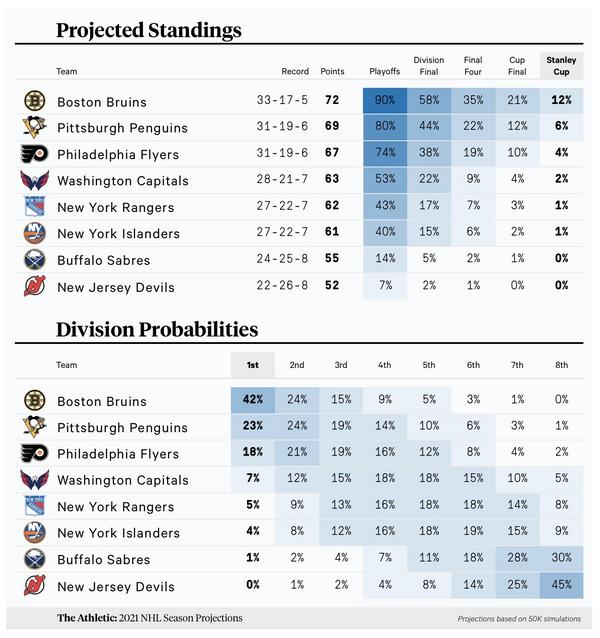 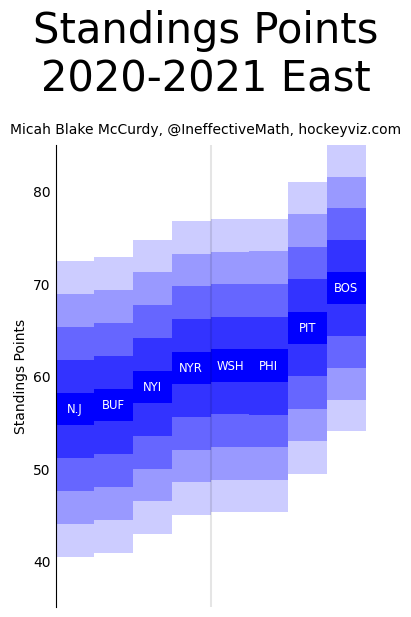 While the teams are predicted to be close in the standings how each team will go about things will be different. The Flyers have a very good forward group, it might not have a Sidney Crosby or an Evgeni Malkin but it is very solid and is probably better unit than Pittsburgh’s with the current players available.

Here is a good look at tonight’s starting lineup for the Flyers. One note is that I had to manually type in Nolan Patrick’s name because he wasn’t available in the database because of his lack of game action last year

The Penguins have an opportunity to attack a below average Flyers defense. If the Penguins top six can get rolling this is where they can separate themselves from Philadelphia. Overall, the Penguins defense should be able to help those forwards better than they could last year. It has been brought up countless times but the fact Jack Johnson is gone, and to a lesser extend Justin Schultz, will immensely help the forwards and not neuter them and their ability to attack the offensive zone. Here is a look at the Penguins starting lineup tonight

So there is no Kasperi Kapanen because he is in quarantine. Evan Rodrigues will be on the top line. Brandon Tanev is on the third line. Sam Lafferty will join the fourth line with Colton Sceviour. You can see the Flyers forward group is better as a whole right now. This isn’t the Penguins at full strength, but it is pretty close.

The Penguins defense is way better than Philadelphia’s. This is going to have to be an area of strength throughout the year for the Penguins. They have invested a lot of money and resources into the defense so they need to help the forwards create offense. Mike Matheson is going to have to be a big component of doing so. His skating and shooting is really good. If he can’t figure out the turnover thing it will nullify his strengths and make him more of a liability. This is an untenable outcome considering the Penguins are stuck with his contract.

The Flyers have an advantage in goal with Carter Hart. Hart is only 22 years old, but he has already proven himself to be a decent NHL starter. Truthfully he’s been better than decent, he has a career .915 save percentage in 74 games. I’m hoping more teams take the Flyers route of bringing in a talented goalie earlier in the process.

The Penguins are hoping Tristan Jarry is the guy he was the first half of last season when he was amazing and earned a bid to the NHL all star game. He has a .914 career save percentage in 62 games so there is potential here. The Penguins are banking on it. I also want to note just like I had to manually write in Nolan Patrick’s name I had to do the same for Casey DeSmith who did not see NHL game action last year.

Here is a look at things from the Philadelphia perspective

The Flyers play tonight. Here's everything you need to know about the 23-man roster.


Some projections for tonight

This year, we've split up the game probabilities from the season probabilities page and I'll be adding some daily betting advice as well. Enjoy 🤑https://t.co/hYfZfdJjvq pic.twitter.com/Mi8DqEsedg

It will be nice to have some NHL hockey for the next 116 days in a row. I hope everybody stays safe and we can keep this train on the tracks. If nothing else we will get some Gritty sightings tonight which I always welcome.