Wanna blog? Start your own hockey blog with My HockeyBuzz. Register for free today!
Follow @VGK_Buzz
As you may have noticed, the Golden Knights did some things on Tuesday afternoon, waking us up from a nap that has spanned a few weeks. We are officially stuck in the dry period of the NHL calendar year, but we got a little something on Tuesday afternoon, to keep us entertained.

General Manager George McPhee linked up with Kyle Dubas in Toronto, swinging a deal to unload the LTIR-bound contract of David Clarkson along with a 2020 fourth round draft pick. Ironically enough, Clarkson's $5.25 million cap hit comes from the contract he originally signed back in 2013 with the very same Maple Leafs (different GM). In reacquiring his contract and sending it to LTIR, the Maple Leafs will have $10 million plus in dead money, which can be spent elsewhere.

Coming to the Golden Knights is goaltender Garret Sparks.

Wait, who is this Sparks guy? Don't the Golden Knights already have two goalies?

I'll answer those questions with a little help from some Maple Leafs insiders. 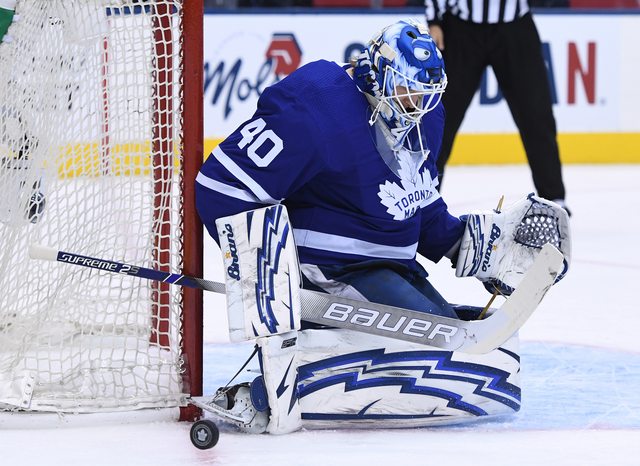 Sparks won a Calder Cup (AHL) with the Toronto Marlies in 2018 and was given a shot at a full-time NHL roster spot for the 2018-19 campaign. His great cup run, led to him landing the NHL job over the likes of Curtis McElhinney and Calvin Pickard (remember him?). By the time the 2018-19 playoffs rolled around, he had lost his spot to Michael Hutchinson.

Sparks had a rough season, compiling a stat line of an 8-9-1 record with a 3.15 GAA and a .902 SV%. Sparks lost eight of his last 10 starts putting a sour cap on a miserable season. This trade gives Sparks the chance to regain his 2018 Calder Cup-winning form, most likely as a member of the Chicago Wolves (AHL). 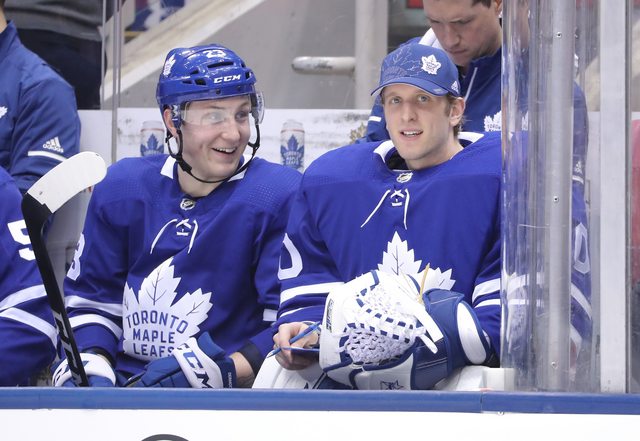 Malcolm Subban will be the back-up to Marc-Andre Fleury, barring injury and is the heir-apparent to the Golden Knights' crease in the near future. Although he had a rough season, Sparks could very well push Subban in training camp and from the minors with strong performances. Internal competition will only help strengthen the Golden Knights' netminders. Iron sharpens iron. As McPhee as stated in the past "I've never had a problem having too many good players around". 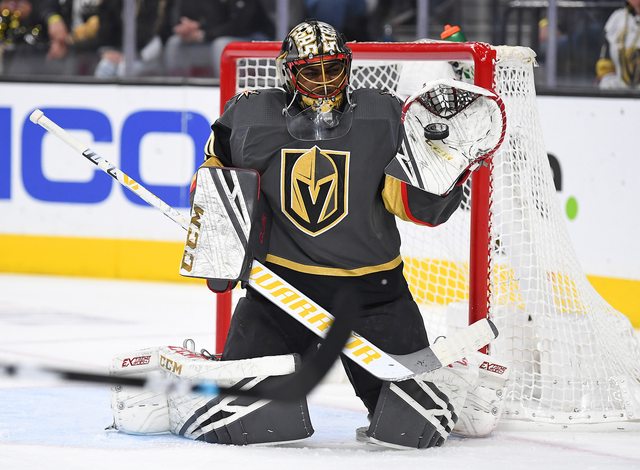 In speaking with Leafs blogger Mike Augello, it seems that Sparks would have been on the outside looking in if he remained with the Maple Leafs organization. Once Hutchinson was re-signed and Michael Neuvirth, formerly of the Philadelphia Flyers, accepted his Professional Try Out, Sparks' "fate was sealed".

"(He's) athletic, competitive, and a solid person on and off the ice. (Sparks) tends to over-commit to (the) shooter and lose his net. Would love to see him find his game again in Vegas and I believe being away from the spotlight in Toronto will prove beneficial for him."
-Corey, "Leafs Hub"

As mentioned previously, Sparks will most likely settle into a starting role with the Chicago Wolves, alongside Oscar Dansk. He will need to clear waivers for that to happen and if he has a strong training camp and/or preseason, another team could make a flier waiver claim on the netminder, hoping for a return to form. I look forward to seeing him play this September.

After the trade yesterday, the newest member of the Golden Knights organization Tweeted out a screenshot of a popular Drake song, ironically? called "Miss Me" with the lyric, "Do right and kill everything (DRAKE)" as the caption. Hopefully he is using the trade as motivation, as it seems in the Tweet. See for yourself below.

Do Right And Kill Everything pic.twitter.com/E3ByTSe6Mp

Stay tuned for more updates because it looks like Mr. McPhee has one of his evil-genius plans brewing once again. Be on Gusev watch until the day he is officially traded or defects back to Russia. As the days go on, I was beginning to lose hope in him signing with the Golden Knights, but I have changed my tune, solely due to this surprising trade.

These final weeks leading into training camp will surely be fun to watch.